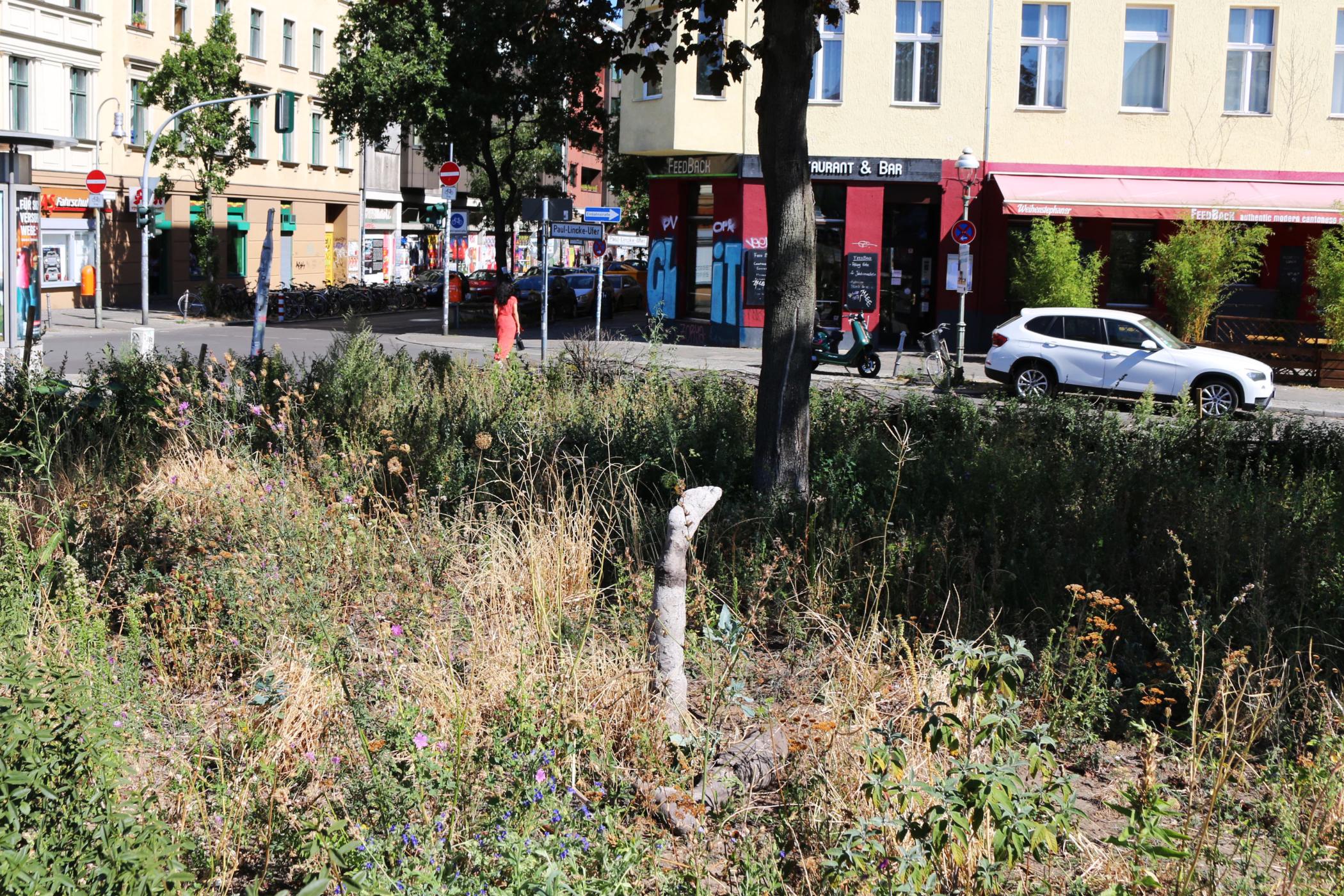 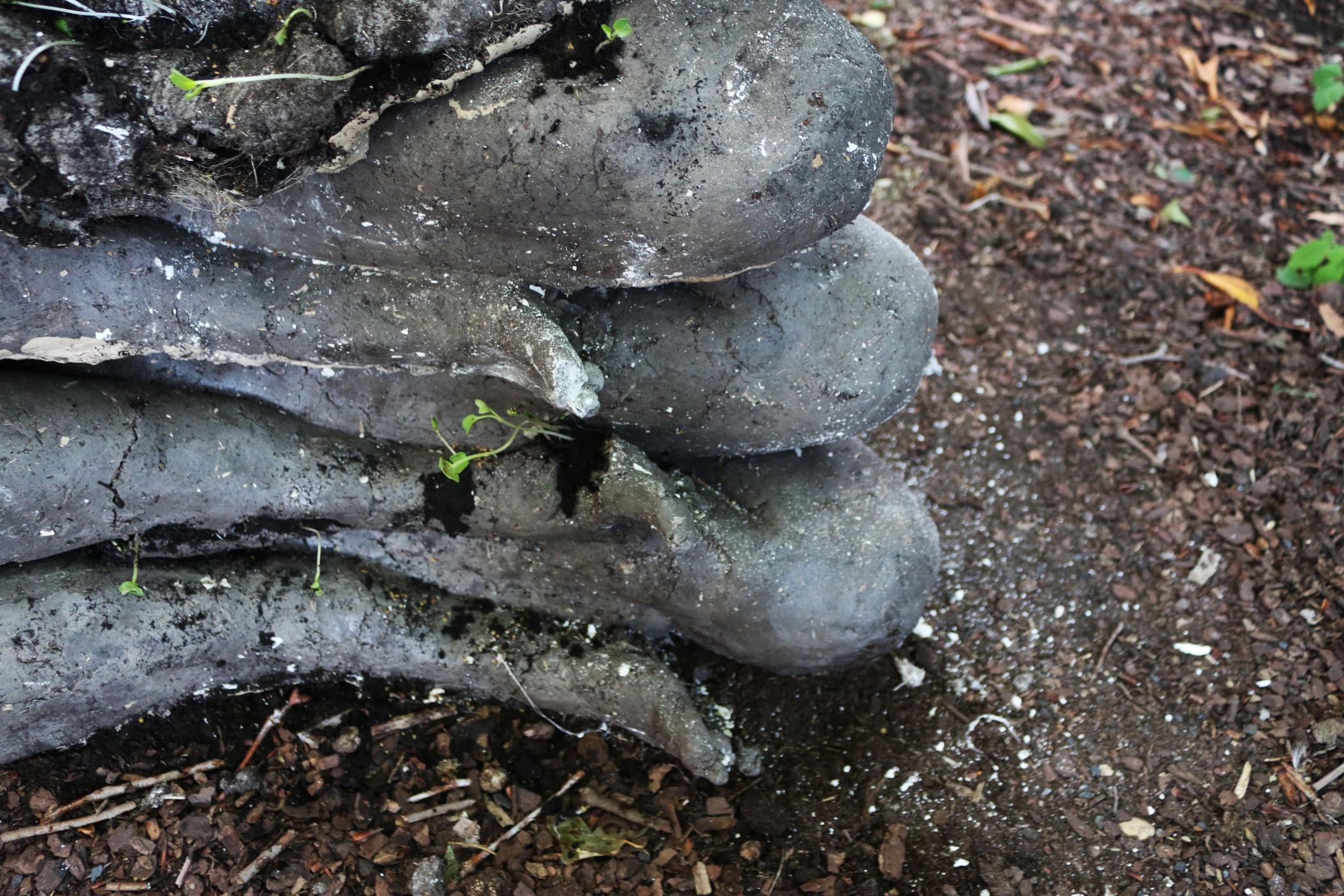 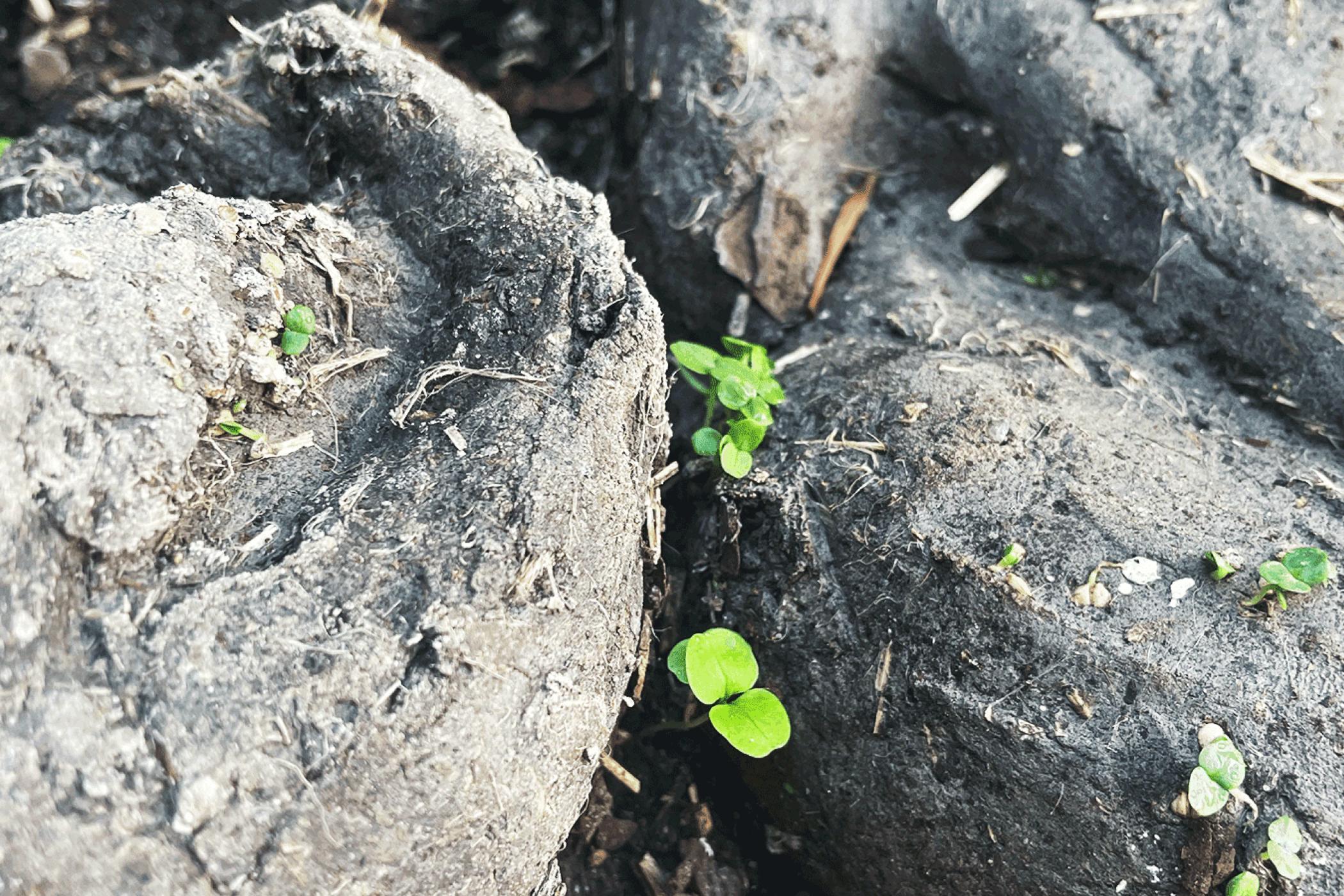 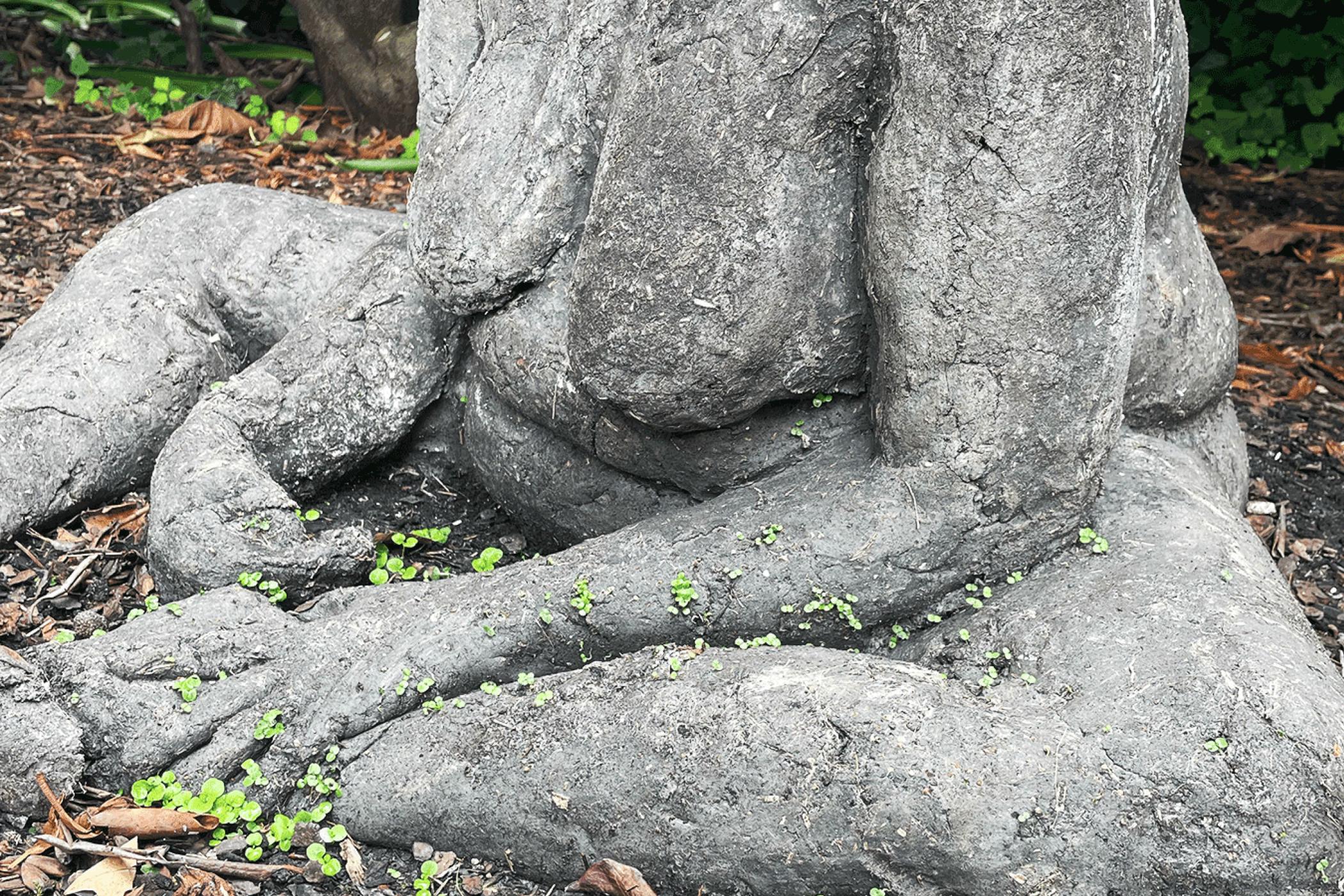 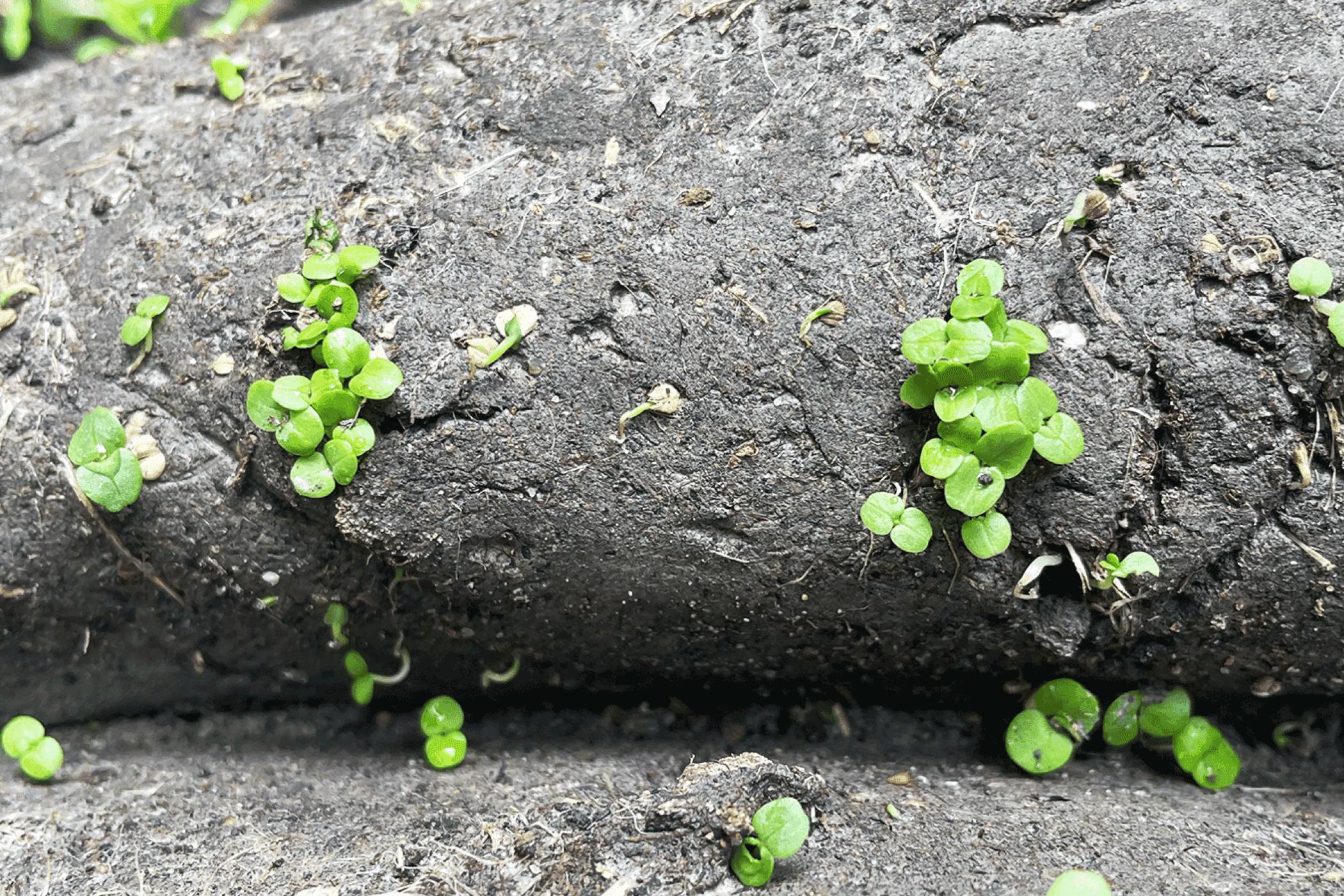 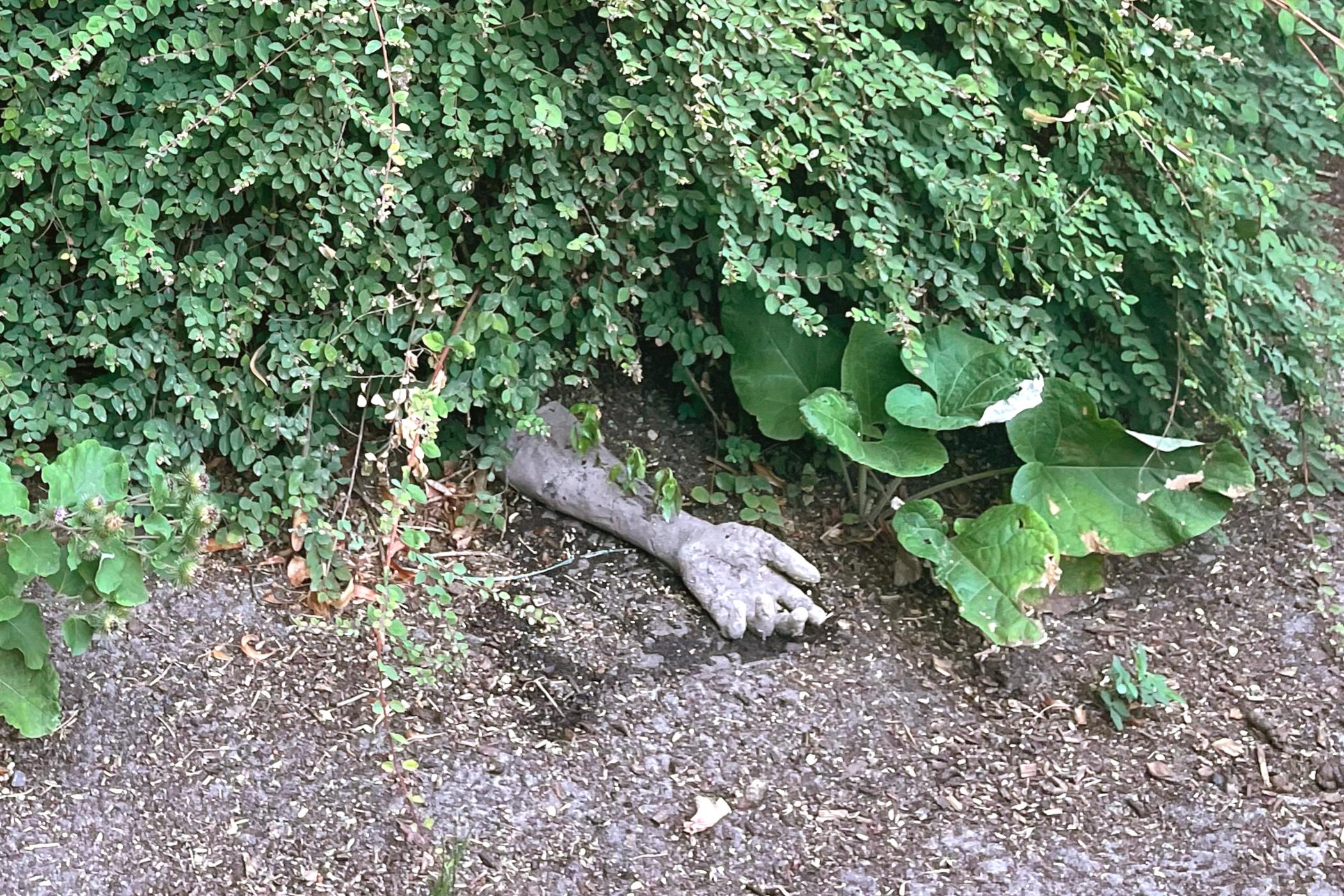 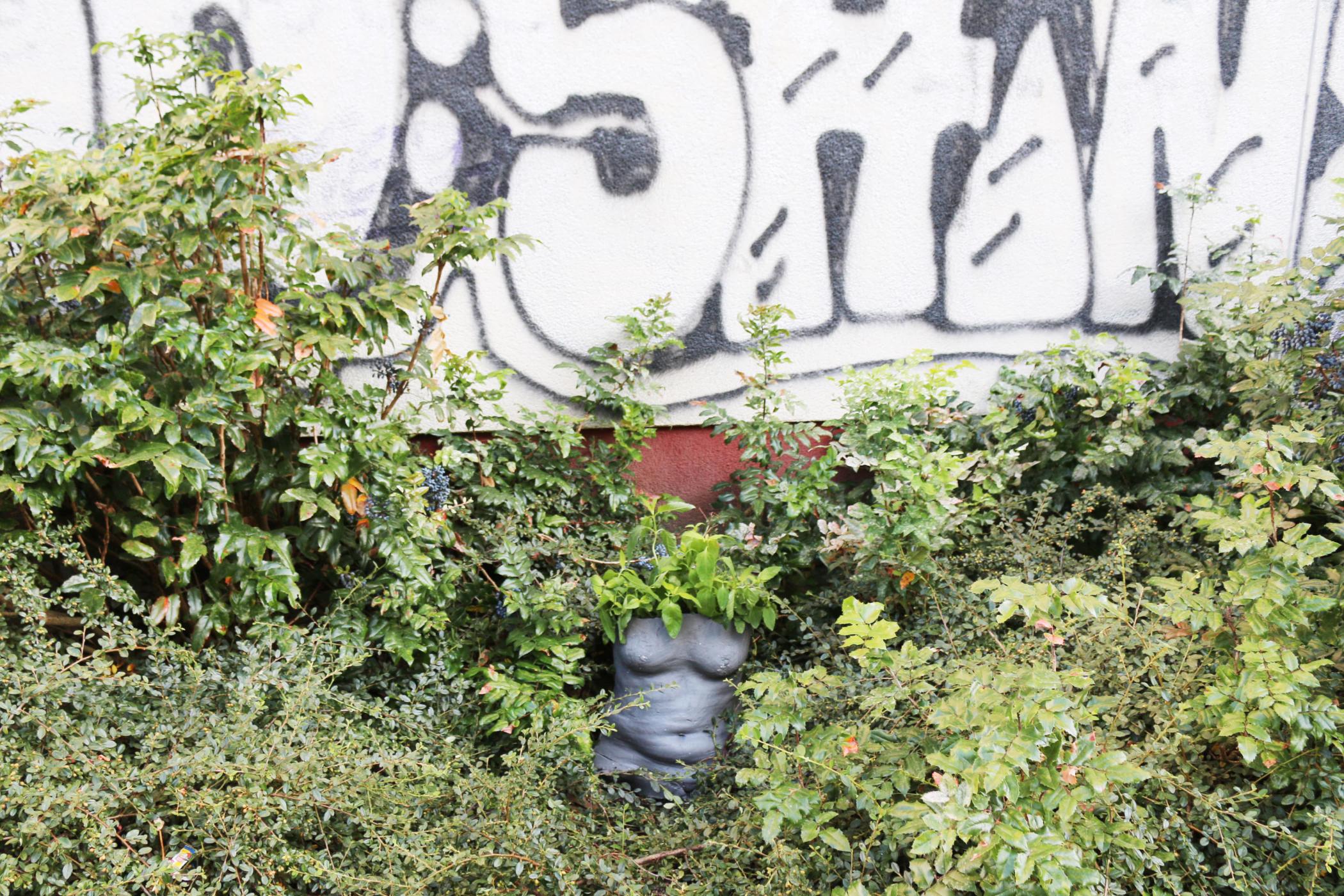 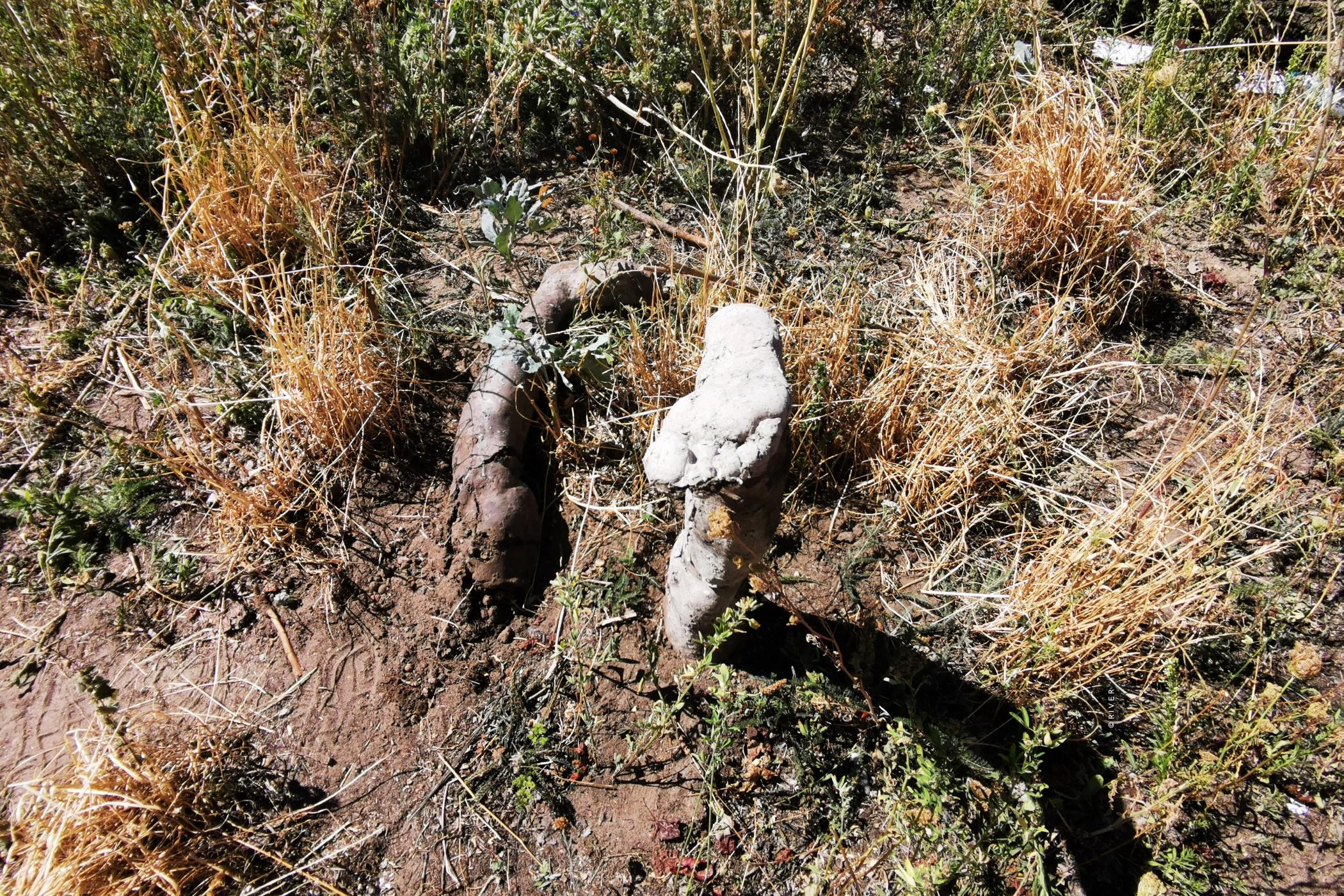 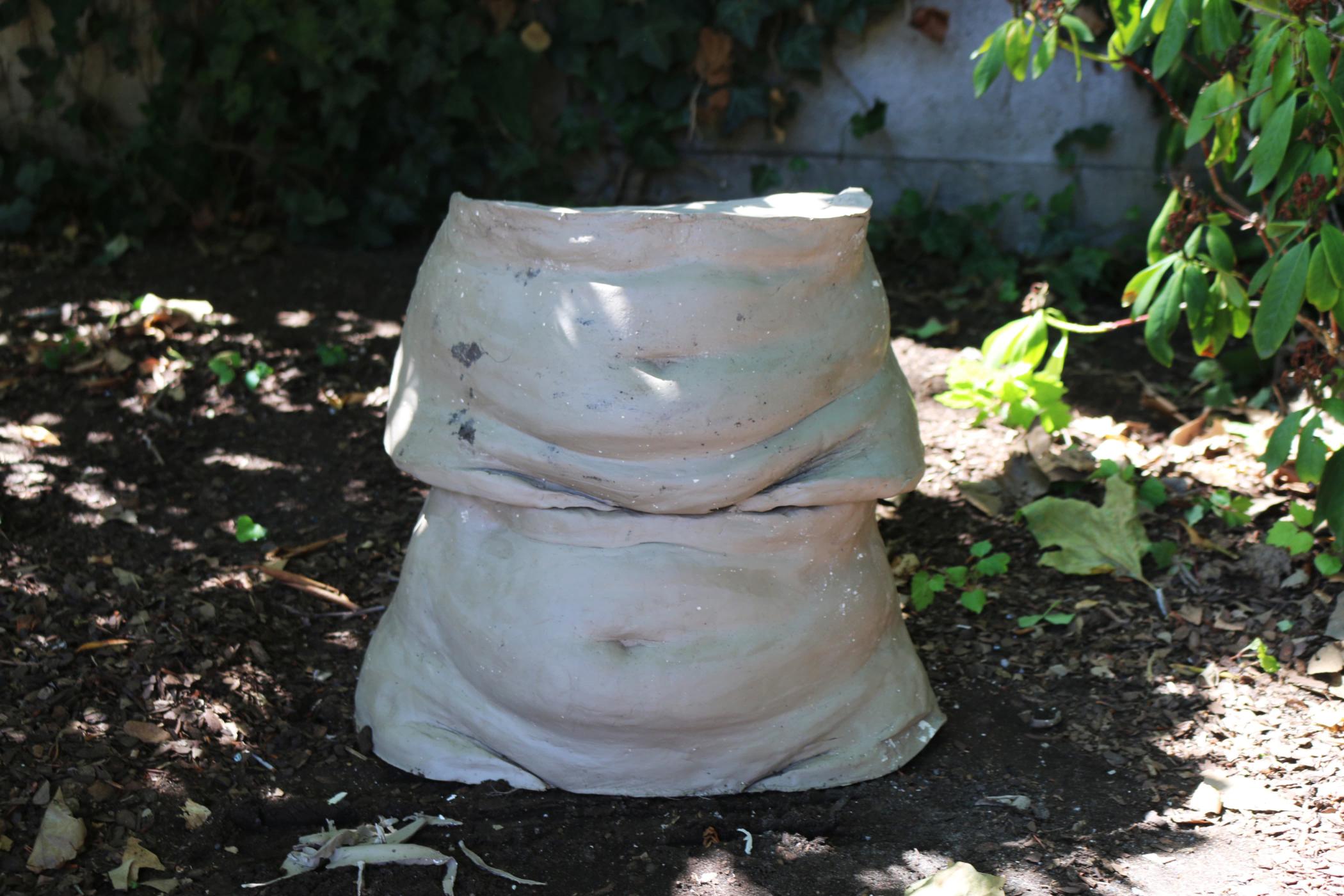 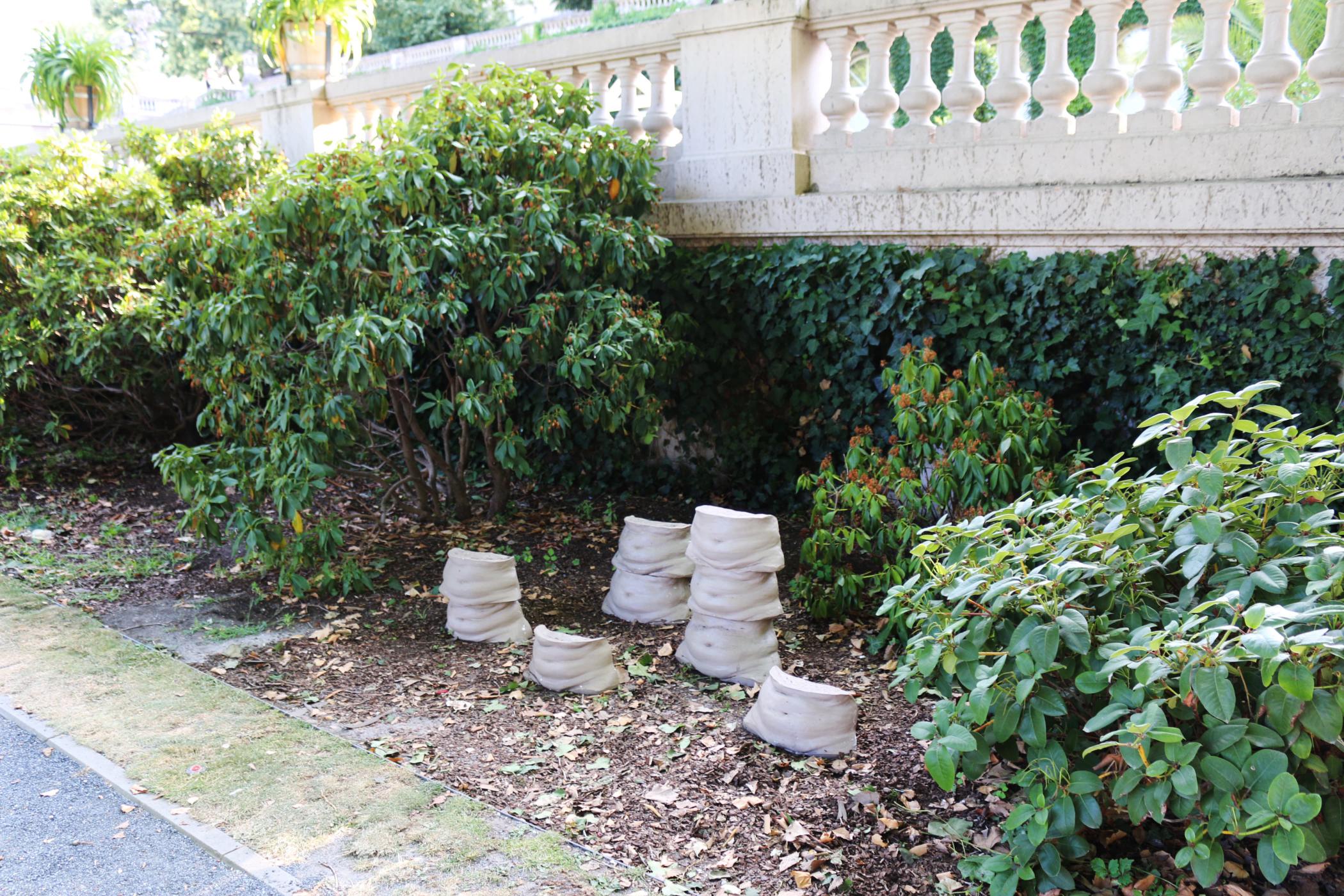 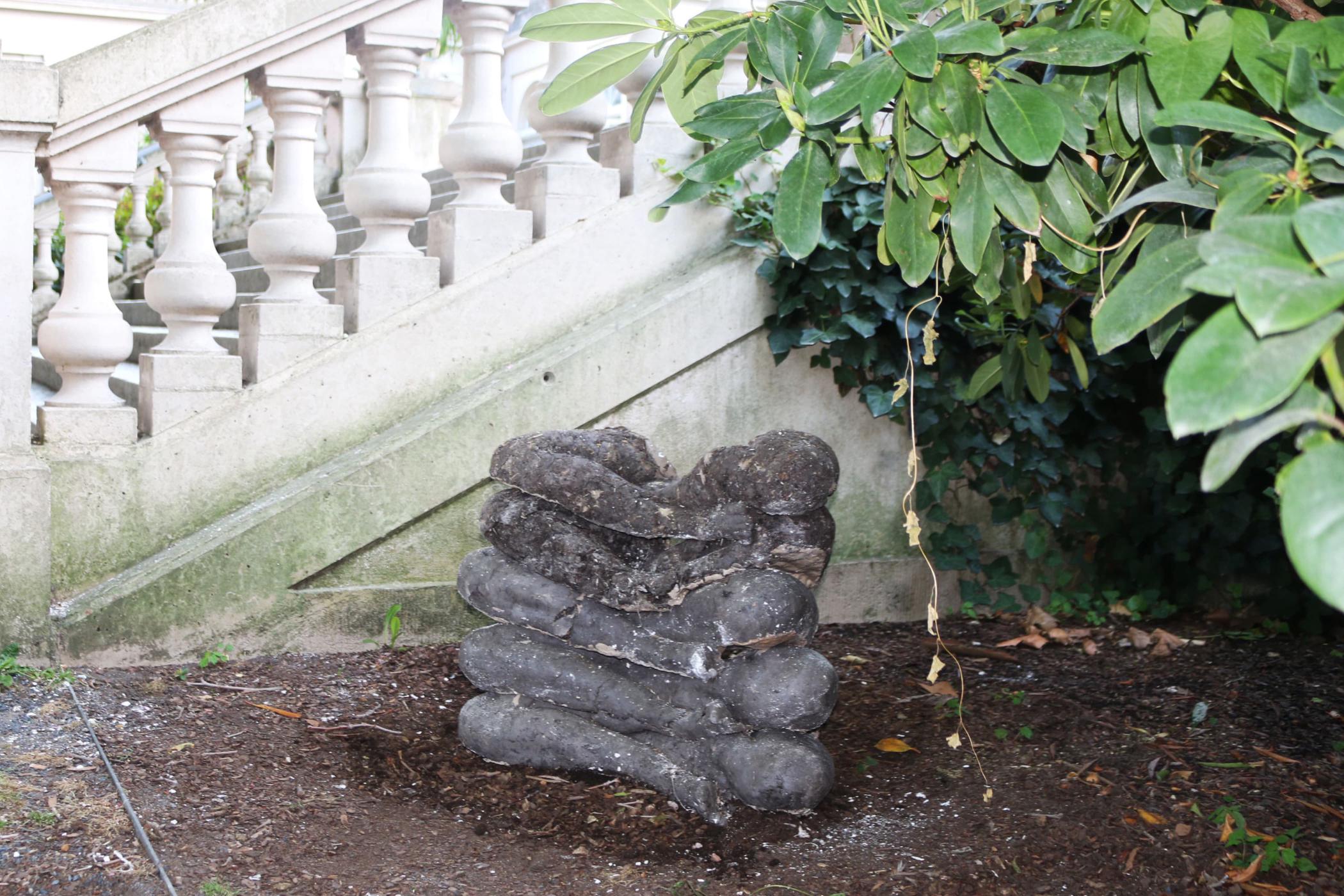 "Dreck in die Wunde", is a series of living and transformative sculptures which are growing and morphing. This exhibition consists of three works located in the west part of Körnerpark and in various locations around Neukölln. This map links the artworks and documents the altercations the artworks undergo. The series is characterised by novel processing techniques of growing substrates and is symbolic of the human body with all its vulnerable sides. The artist Kimberly Brooke Meenan casts body parts from material whose main component is self-collected "dirt" from the streets of Berlin. This is mixed with, clay, hair, hemp, and plant seeds.

Various human body parts are transformed into living sculptures that change over time as the seeds embedded in the sculptures grow and transform. These figures are placed in public spaces and left to the elements and the care of the public.

Many people experience being very critical of their own bodies. Through her daily work casting people into sculptures, the artist is constantly overwhelmed by people's negative self-image. She wants to create a series of artworks that deals with this theme.

An incision down the center of the arm, where daisies are growing out of. 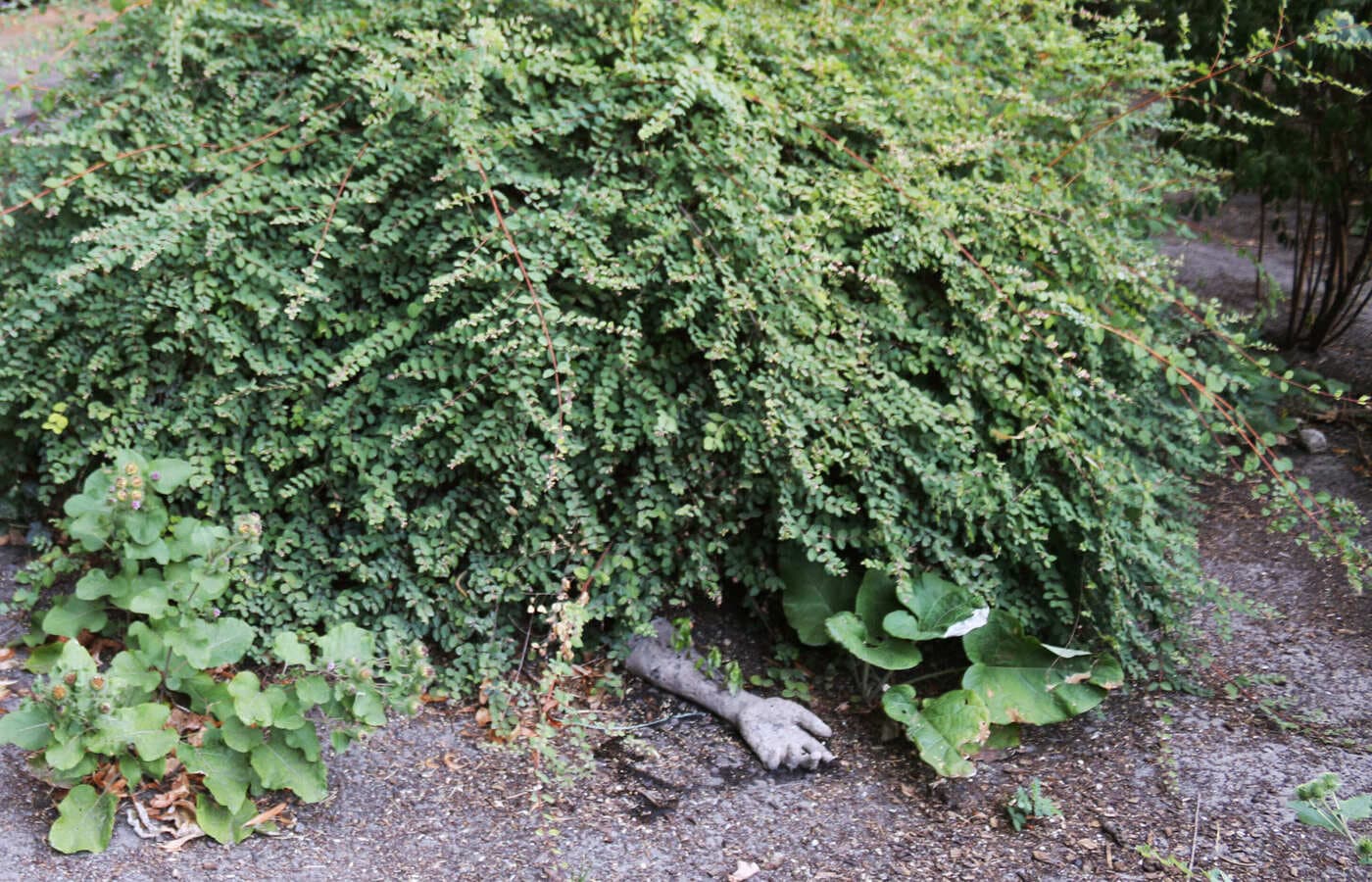 Female forms are seen to seldomly in public space. This is made of a dark-bodied clay and left unfired. 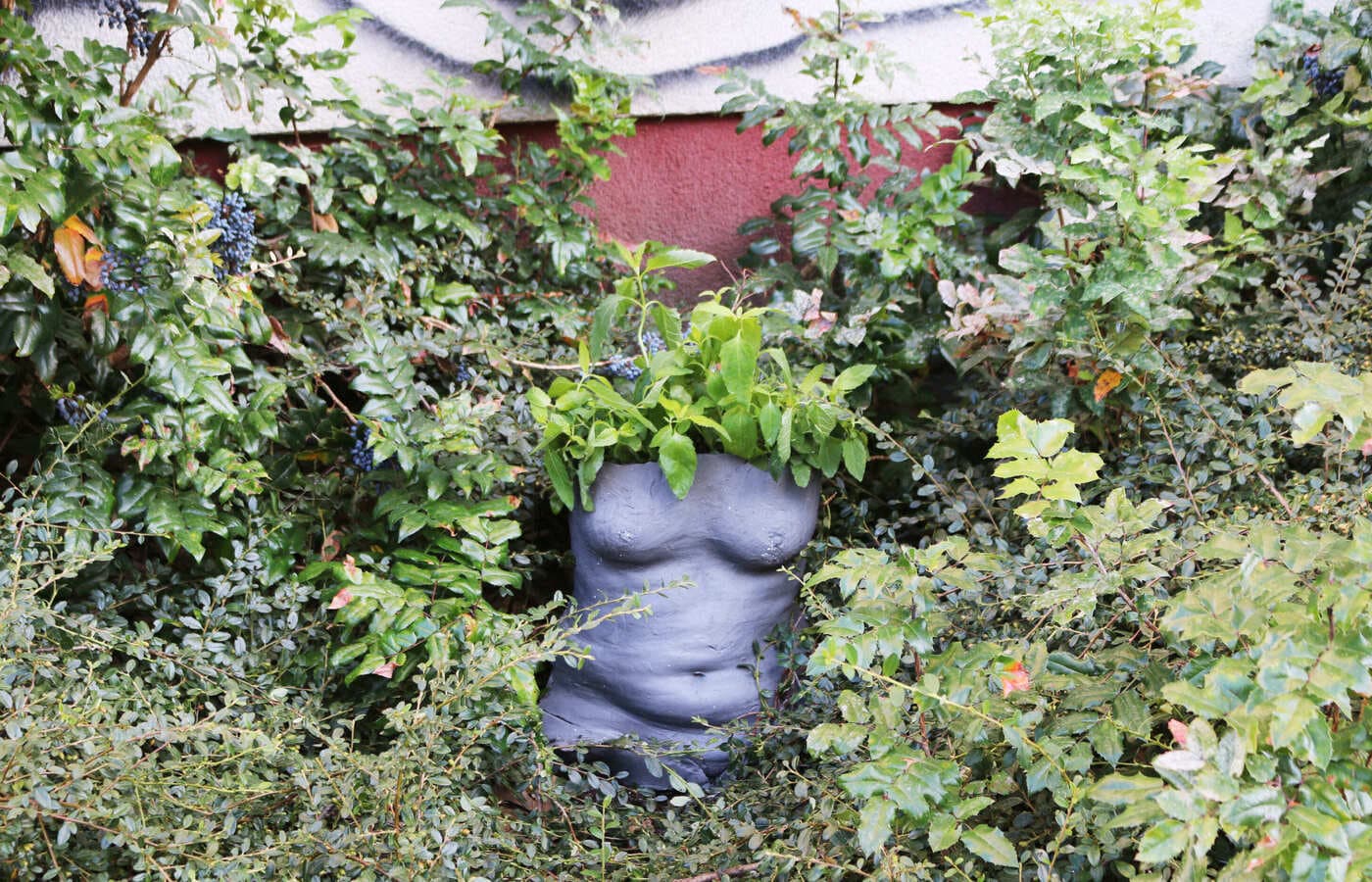 Belly rolls are simply funny and so human - and yet, they aren't given their due justice. So much effort is put into hiding and shifting our shapes, but this is me. This is my body. 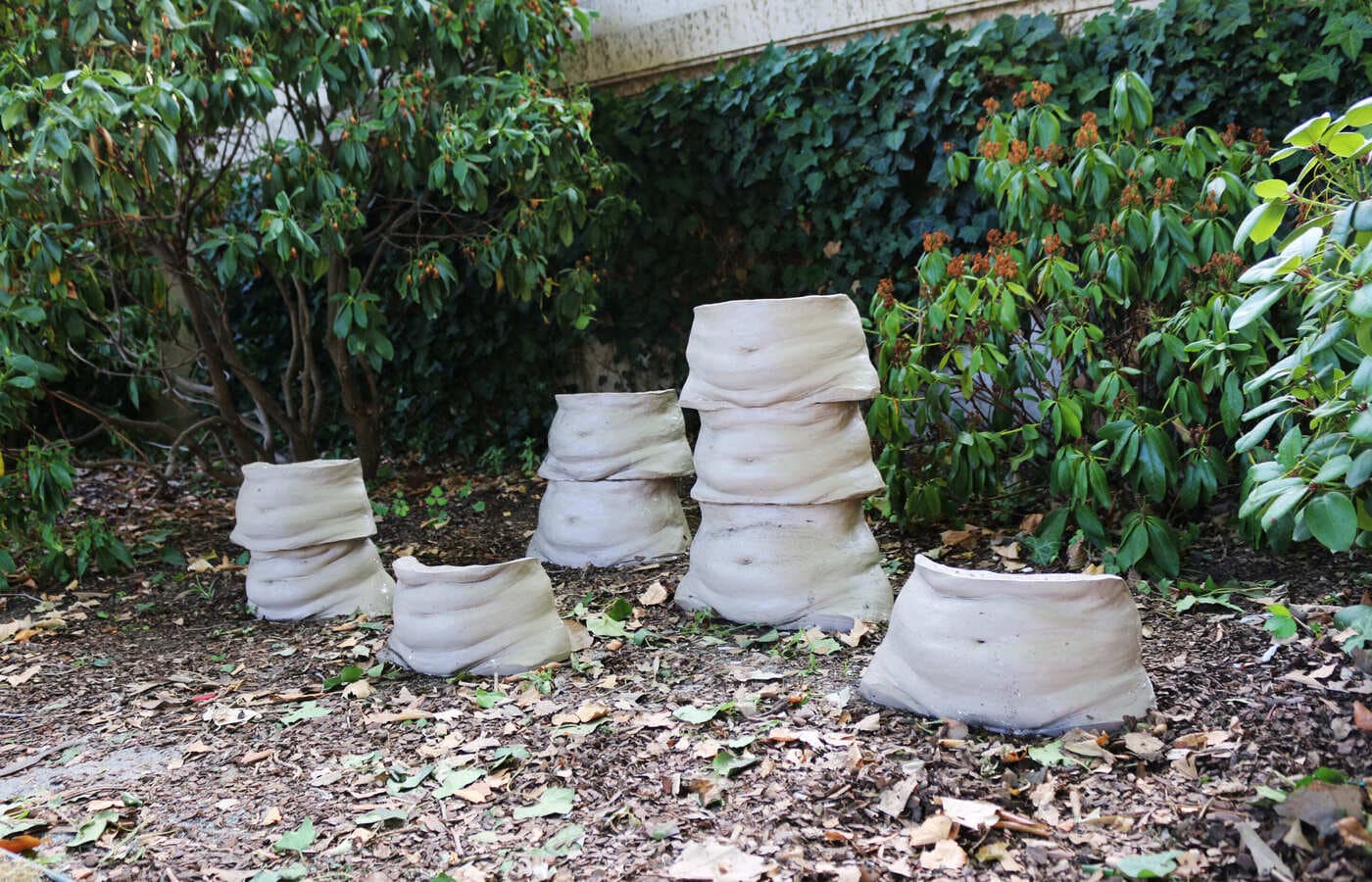 This is my yoga expression for those who keep preaching to me about how I need to try yoga. It's pushy and feels like a projection of their beliefs onto me. So, fuck yoga, I sat for hours and cast my own legs. Maybe it's a yoga pose. Maybe not. 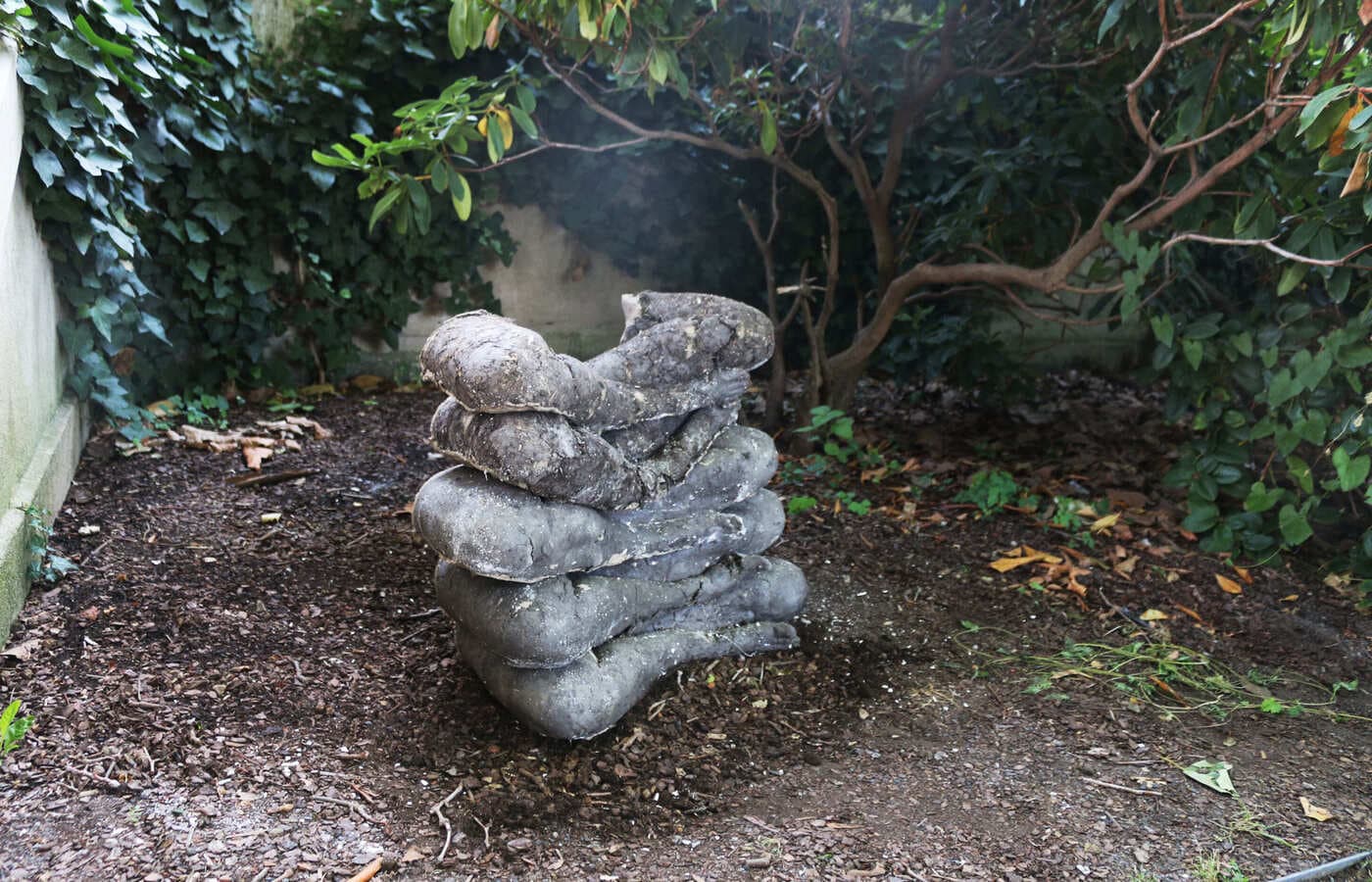 This is made of compounded dry dirt and seeds and old roots from the artist’s garden. 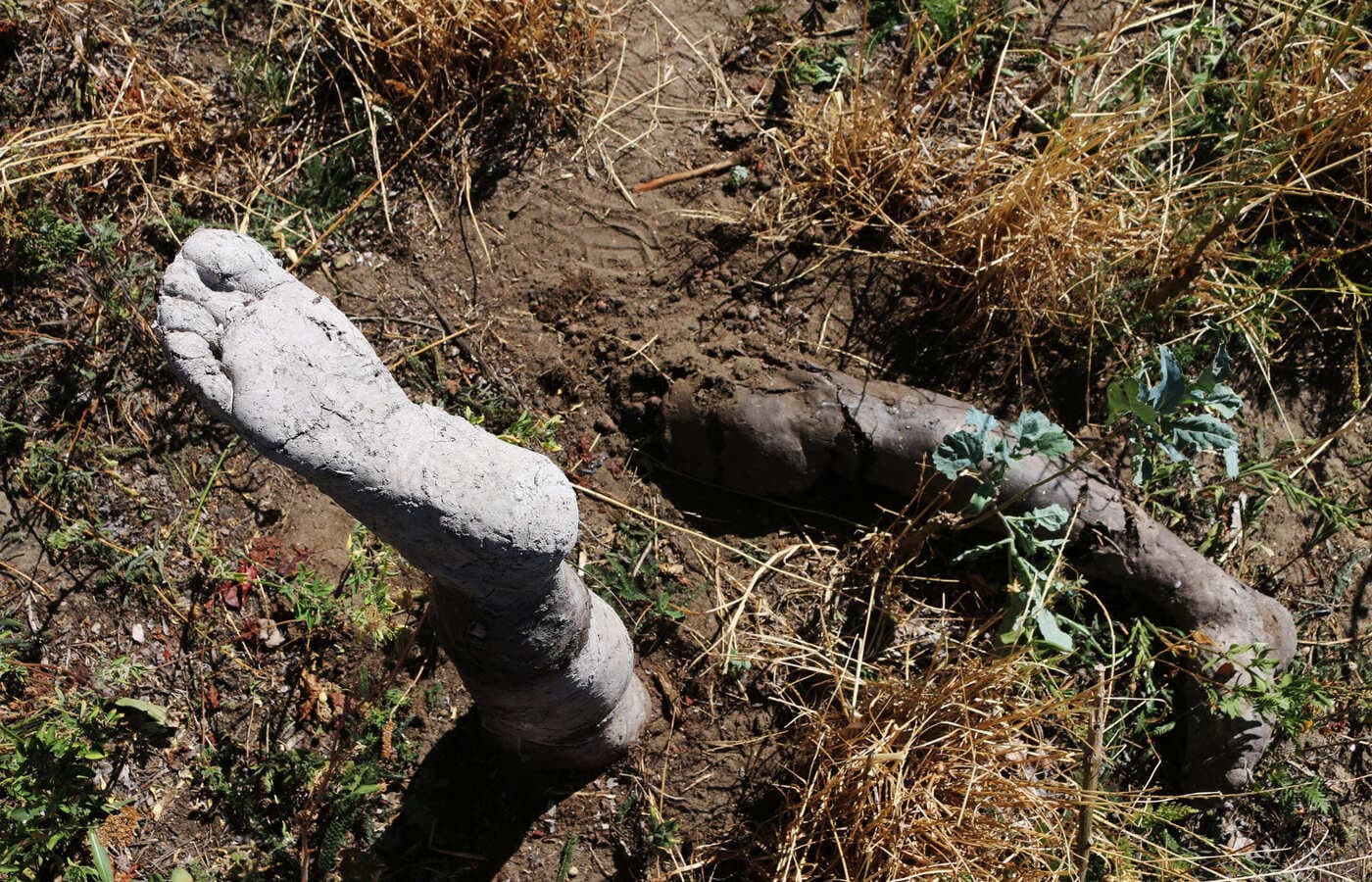 Many people experience being very critical of their own bodies. Through my daily work casting people into sculptures, I am constantly overwhelmed by people’s negative self-image. I wanted to create a series of artworks that deals with this theme. 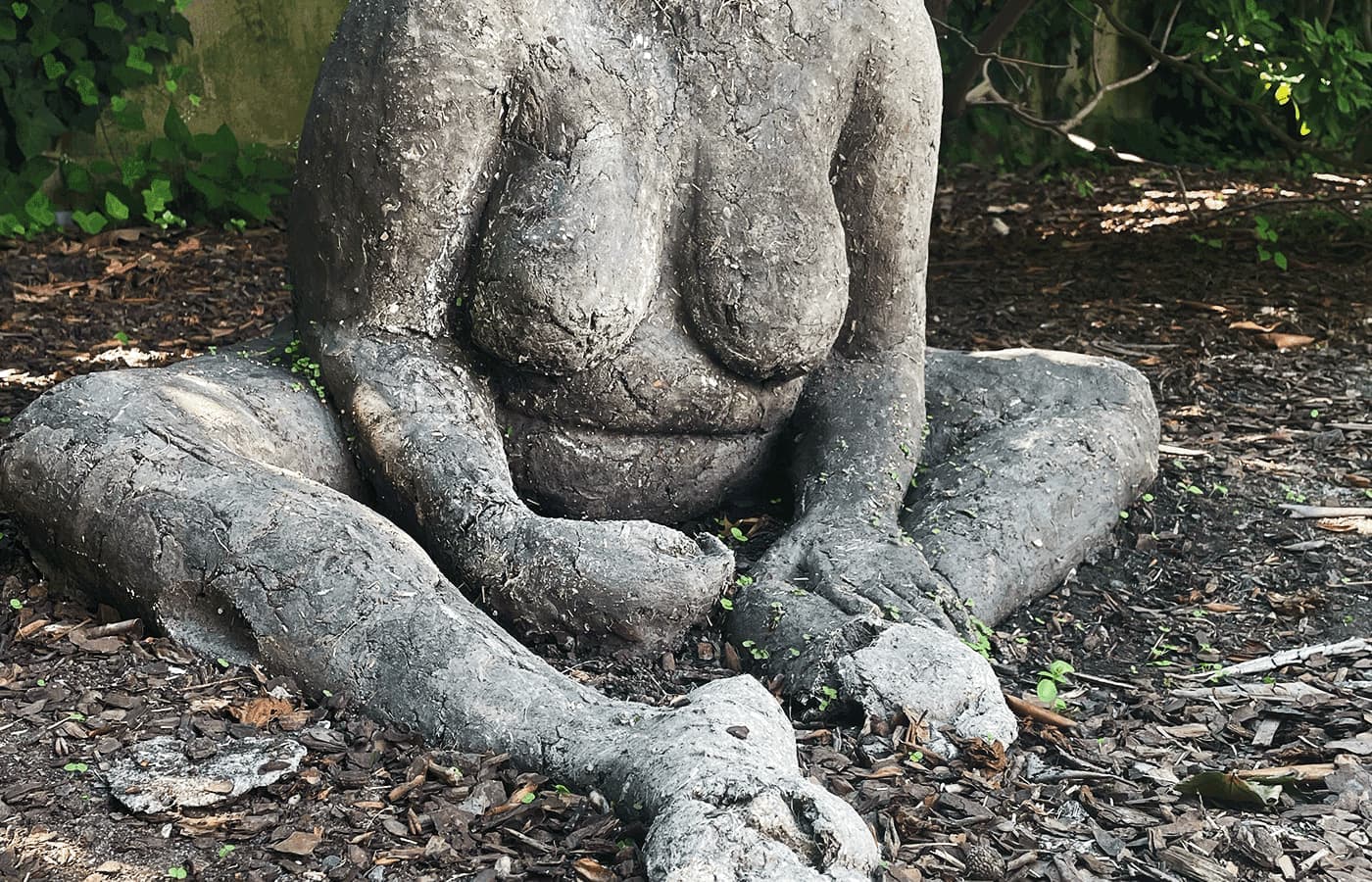 Kimberly Meenan (1982) is an installation artist born in Virginia and has lived in more than six different countries. She is currently living and working in Berlin, Germany. She received a Bachelor of Fine Arts (BFA) in Interdisciplinary Studies at the Kansas City Art Institute in Missouri and a Master of Fine Arts (MFA) in Public Art from the Bauhaus University in Weimar. Additionally, she studied sculpture at the Edinburgh College of Art.

Her installations explicitly deal with people’s relation to nature. Meenan has exhibited internationally in the Netherlands, Switzerland, Germany, Bosnia and Herzegovina, the USA, and Scotland. She received awards for her work, such as the NEUSTART KULTUR - Deutscher Künstlerbund e.V. and Kulturprojekte Berlin, Senatsverwaltung für Kultur und Europa.

She has also given many talks, at the Fuller Lecture series, ACC Gallery, and Haus der Kulturen der Welt to mention a few. She has worked as a guest lecture at the Bauhaus Universität Weimar and OTH Regensburg. Her work can be seen on permanent display at the German Bee Museum in Weimar and is found in many private collections around the world.

In her Berlin studio, Kimberly Meenan offers casting workshops in which participants can capture their own individual body impressions in moulds for eternity. These unique works of art can subsequently be illuminated and mounted on the wall, set up or even hung. Whether it's the hands during marriage vows, impressive shibari, baby feet or the belly of a pregnant woman - all this can be captured in 3D form. There are no limits to the imagination here.

Prices, dates and further information can be found here: